The DEDA supports the
Police and Fire Games 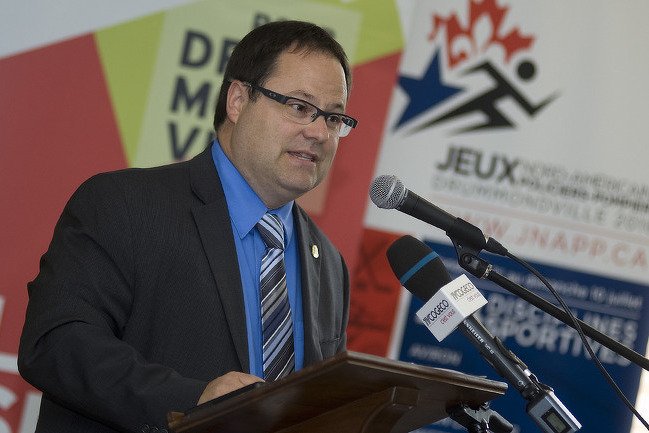 DRUMMONDVILLE. The Drummondville Economic Development Authority has recently awarded a 25 000$ grant via its Social Economy funds to the North American Police and Fire Games which will be held in Drummondville from July 1st to 10th, 2016. This financial support will allow the organization to continue its mission and reach its objectives.

“With the financial help of 25 000$ from the DEDA, the Games will be able to put in place the resources needed for the success of this world class event. The organizing and realization of the Games will occur on the basis of 2 years. Evaluated at 500 000$, the financed project will allow, among other things, to launch a website and a publicity offensive, as well as manage the countless registrations until the holding of the event”, noted Martin Dupont, general director of the DEDA.

It is after a consultation with many police and firefighting departments of the province of Quebec that the promoters of the project determined the interest of these forces for sports. They then elaborated the present project which consists in organizing the first edition of the North American Police and Fire Games in Drummondville.

“These Games will be a major sporting event which will be held in the summer of 2016 and will gather more than 2200 participants from eastern Canada and the United-States. The athletes will compete in 25 diversified sports disciplines. Including the accompaniers, this then means more than 3200 people visiting Drummondville during the 10 days of competition, from July 1st to 10th, 2016. For the occasion, the organizers of the event expect tens of thousands of visitors on 9 different venues” announced Gérard Charlebois, president of the executive board of the Games.

According to the first evaluations, the Games will have to count on almost 500 volunteers in order to ensure the smooth progress of the event. Such resources will be necessary for the participants to be able to experience an extraordinary event by the implementation of a competent secretariat, a rigorous follow up with registrations and excellent welcome and facilities.